Maintaining quality lighting on university campuses is an incredibly complex undertaking. Most campuses have millions of square footage, with a wide variety of building ages, and a vast array of spaces and subsequent lighting systems. Traditionally, keeping the lights on for students and faculty required large amounts of energy, labor, and replacement lamps and ballasts. 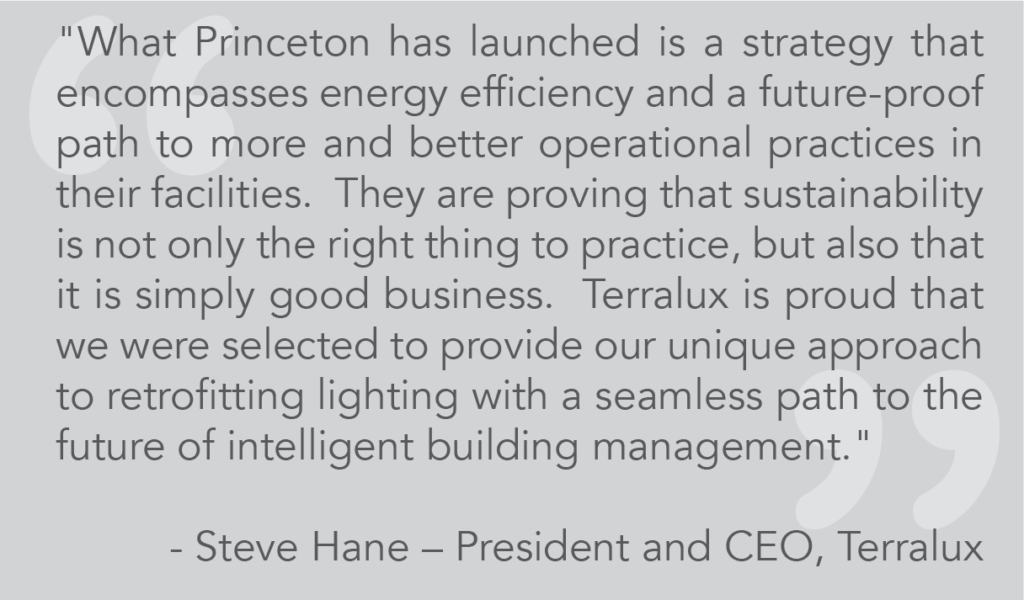 Better still, high quality, high reliability LED upgrades can be installed into existing fixtures and spaces with very little dust or disruption while preserving the historical character and architectural integrity of campus buildings.

Recently the United States Department of Energy released a long-term evaluation of an LED upgrade completed at Princeton University. In the Carl Icahn Laboratory, multiple fixture types were converted to LED including: Cove and 2×4 Fixtures, CFL-based Downlights, and 2×2 Troffers. 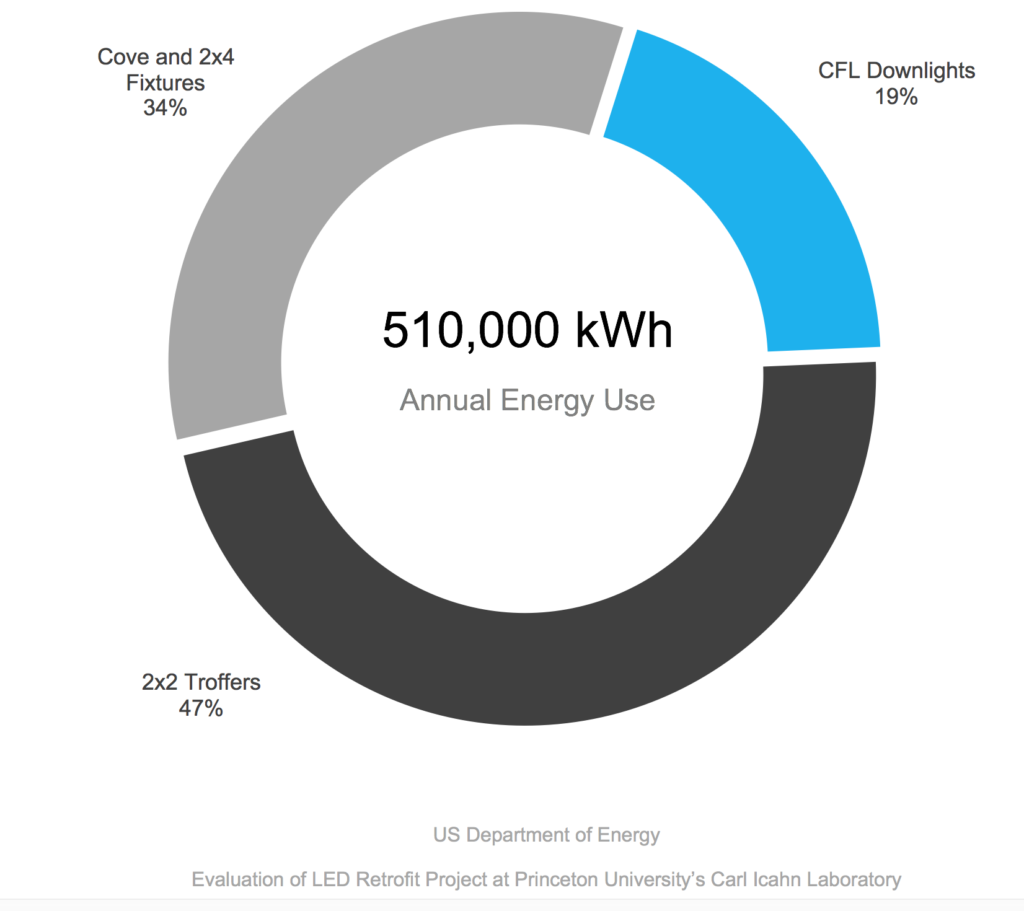 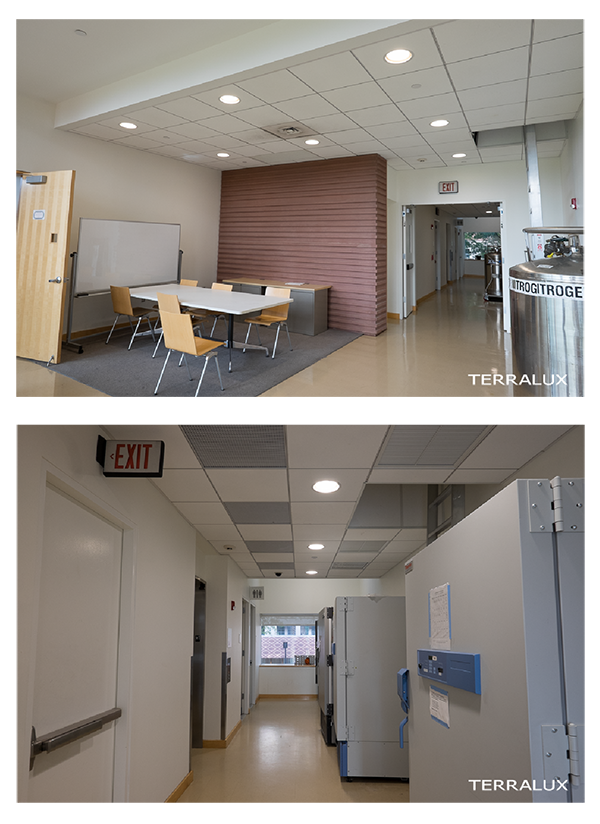 The Terralux LED downlight upgrade represented less than 20% of the lighting energy load and saved dramatically more energy than the 2×2 T8, and the T8 lights. Additionally, because the LED upgrade does not use existing lampholders or ballasts, it breaks the bulb cycle in these fixtures, lowering long-term operational expenses.

Overall, the LED upgrade project saved ~37% across all lighting types, and was installed with a swift payback of less than 4 years.  Lighting controls were also implemented, which increased energy savings to 62%.

Princeton University is making campus lighting more sustainable and efficient one fixture at a time. Through the Lighting Efficiency Upgrade Program, the university will convert more than 100,000 fixtures to light-emitting diode (LED) technology in buildings across campus. The improvements will significantly reduce carbon emissions, promote cost savings and limit waste. Annually, over 4,000 metric tons of CO2 emissions have been avoided.

“The Lighting Efficiency Upgrade Program can transform Princeton’s lighting systems to one of the most modern, reliable, efficient and environmentally responsible of their kind,” said Campus Energy Manager Bill Broadhurst. “The recent progress made in LED technologies also has allowed these projects to be good investments financially.”

The bright and welcoming atrium of the Carl Icahn building exemplifies one of the building’s objectives: to bring scientists working in various disciplines together in one space. The need for interaction has been a driving element in both the conceptual and physical design of the institute. To achieve that result, architect Rafael Viñoly worked closely with the institute’s founding director Shirley M. Tilghman, now Princeton’s president, to design the Icahn Lab for maximum flexibility and collaboration. 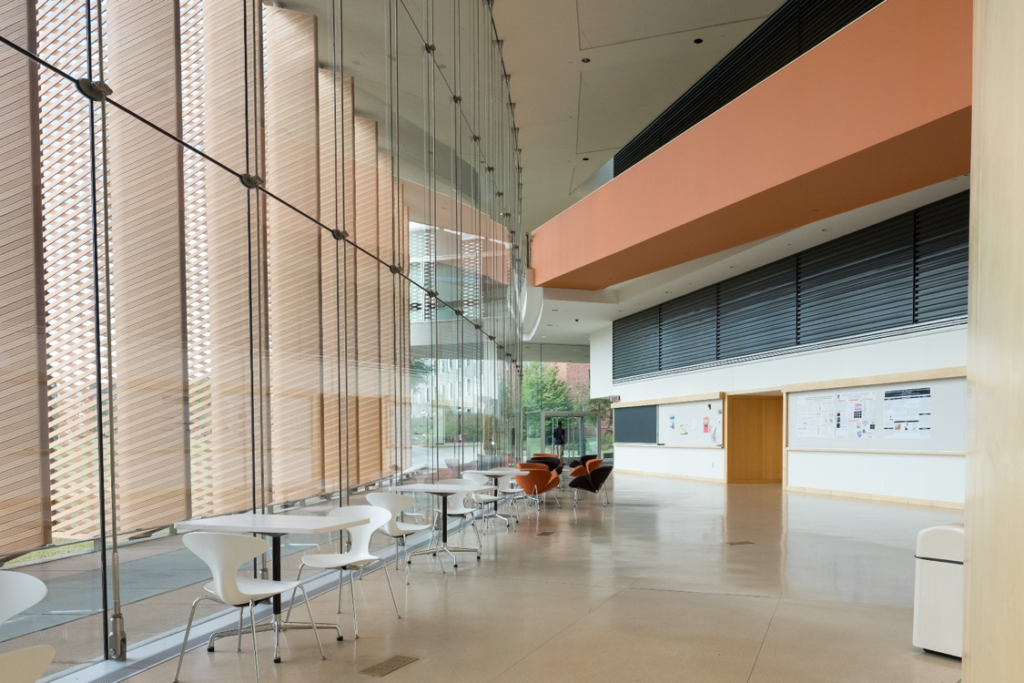 The expanse of glass that encases the atrium is shaded by two-story louvers that move with the sun and cast shadows in the double-helix shape of DNA. And now, LED lighting provides improved learning environment, lower operational overhead, and respect to the original architectural design. 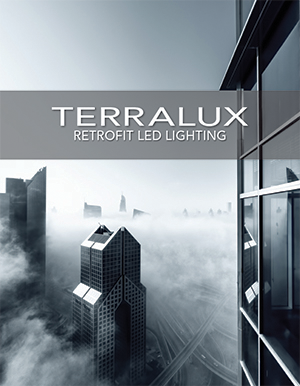 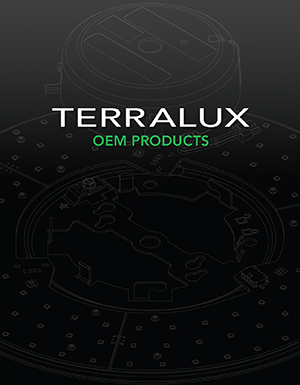